On Friday 20th January  pupils from LS, yrs 9 and 10 and Marcus from A level were guinea pigs for our first SKYPE workshop. Gareth Trewartha, who has written a memoir called “A Cycle Safari” spoke to us about writing in general and writing a memoir in particular. 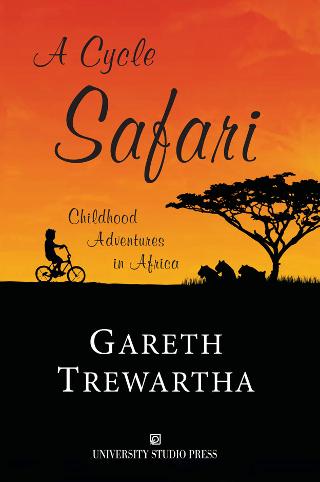 Gareth is based in Greece, and was speaking from there, but it was as if we really met him and got to know him. Gareth started by explaining what a safari is- in Swahili it just means a journey, and so the safari he describes in his book is a metaphor for his life.

He encouraged us to write about our own “journeys” and we will be producing a “safari” of our own soon. Our students had all read his memoir and had prepared some questions for Gareth to answer. They were interested to know how he selected what to include and what to leave out of his book.

He also gave us some hints about the craft of writing- how to imply things without overtly stating them, how to provoke and maintain the interest of the reader. We are going to try to use these techniques in writing our own short memoirs.  Gareth will be interested to hear about our own journeys. The photo shows the participants in the workshop as normal size, and Gareth as Big Brother, looking down on them.

We enjoyed our meeting and now that we have got skype working and obeying us, we hope that in the future we will talk to lots more interesting people.