Did you know that when you cross Planty park you are actually crossing an area that in the Medieval era was actually a moat? If not, you can ask any of our local history experts at Embassy School to tell you all about it. On Thursday the 12th of January, a group of students, along with Mr. Jeff and Mr. Roz, took a trip around some of the most distinctly Krakowian monuments of Medieval Kraków.

We visited the Planty park, Collegium Maius (Jagiellonian University), Sukiennice (the first shopping mall according to some historians), the Market Square and finished our journey underground in the excellently curated Rynek Underground museum. We even had a nice lunch at Koko, a well-known local establishment serving Polish food to some of Kraków’s hungriest students.

The city of Kraków was one of Europe’s most important Medieval cities – we were on a journey to find out why, and to get a glimpse of what life was like in this former capital of trade.

Kraków’s fate cannot be separated from the turbulent history of Poland. Ironically, it was the burning of the city in 1241 by the invading Mongols that gave the city a chance to rebuilt on the increasingly popular Magdeburg or German town laws a few years later in 1257. These laws gave merchants within the city walls of Kraków exclusive rights to trade and sell goods on the market square – so that a merchant coming outside had to sell their wares wholesale to a Krakowian to sell. This, along with Kraków’s strategic position between east and west, made it that it was a point along many different trade routes across Europe. It was part of the amber trade as well as the popular silk trade routes, not to mention the salt coming out of Wieliczka salt mine. Kraków was even one of the few inland cities that was a part of the Hanseatic League. Merchants sending goods to Scotland for example stood in our very own Stary Kleparz market as yearly as the 15th century making orders for buyers hundreds if not thousands of kilometers away.

Remnants of this bustling trade can be found everywhere in the area under the main market square. Currencies minted by kings from across Europe. The students learned of the different weight measurements by weighing themselves on scales and finding out how much they weighed in Cologne, in London, or in Kraków. Our modern metric system has made this a lot easier not only for today’s business people, but also students taking maths tests. We found that what weighed 70 pounds in London, could have weighed something like 3 stone in Kraków.

Another interesting piece of information we learned was that Nicolaus Copernicus, the man who “made” the earth and all of the other planets rotate around the sun studied at Kraków’s very own Jagiellonian University. The university was at the forefront of learning, one more reason to live in Medieval Kraków! 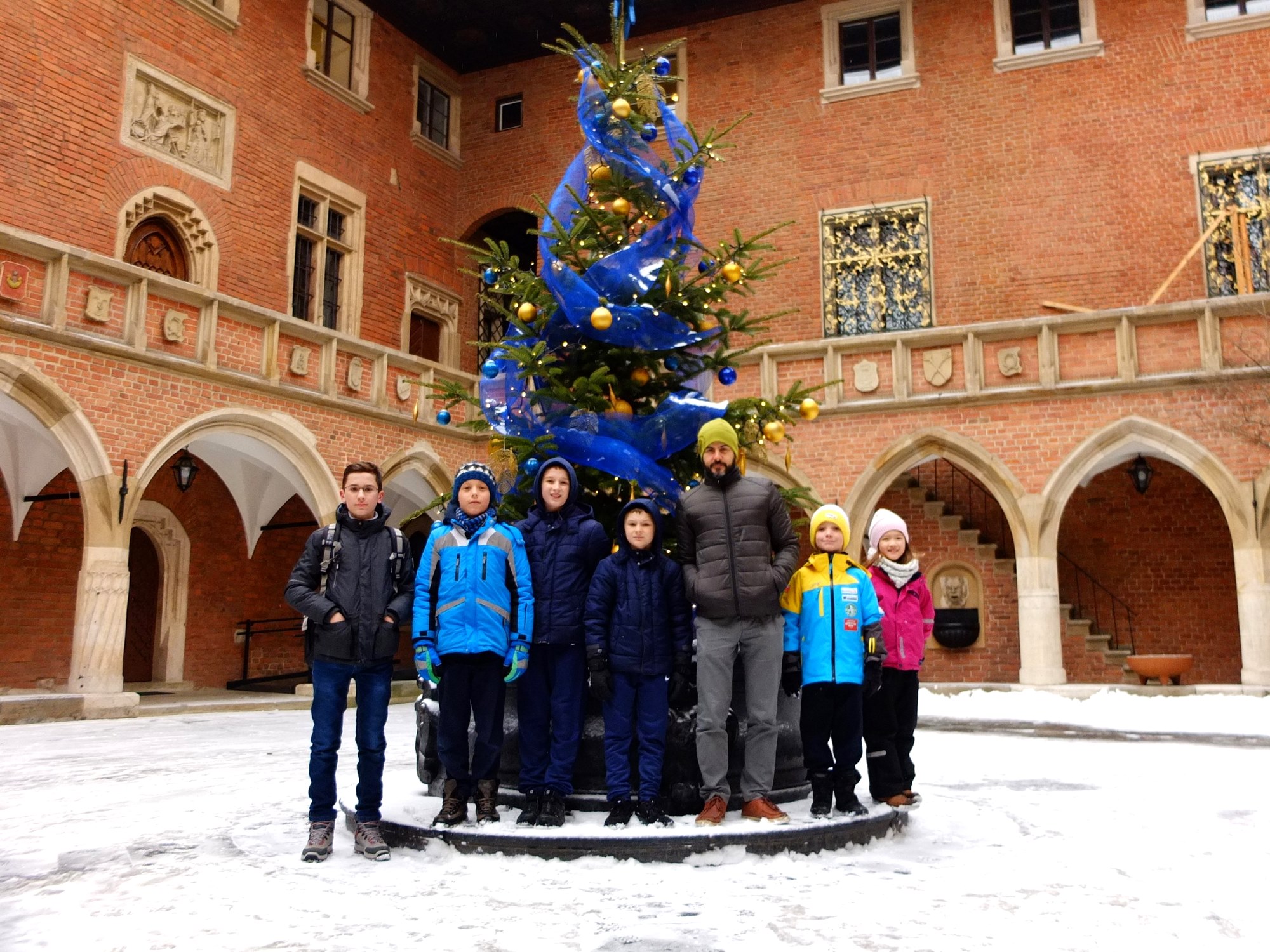 More photos can be found in the gallery.